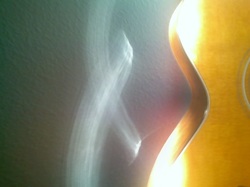 Jonathan Emerson’s involvement with his children will remain meaningful, only with consistent involvement in their lives. With failing consistency, as legal systems fail and reliable reference points in his life disappear, Jon works within unique circles to be the consistent father. With advice from those social-psych nuclear physicists bent on maximizing the effects of deterrence  and, given his training in psych warfare, received long ago, Jon knows a mind in distress is uncommonly vulnerable and he decides he will no longer be vulnerable. Given his understanding the demoralized are those most easily defeated, Jon knows he will not be defeated. Well versed in the principle that the disheartened are those most easily destroyed, Jon will not accept the suffering or destruction. Drawing on this experience, and circle of friends from his former life of missioning and the execution of clandestine maneuvers and operations, Jon works from within his unique circle of friends to resist being vulnerable, defeated or destroyed, all the while striving to remain consistently involved in his children's lives.